Success is defined by the number of lives you’re touching

At 34, Ashish Thakkar has built a global corporation and is chair of the United Nations Foundation’s Global Entrepreneurs Council – substantial achievements for anyone his age. But Thakkar’s beginnings make them even more impressive. At 15, he was living in Uganda as a refugee of the Rwandan genocide and had dropped out of school.

He was born in Leicester after his parents fled from Uganda in 1972 when Idi Amin ordered the expulsion of the country’s south Asian minority. Missing Africa, Thakkar’s parents moved back to the continent – this time to Rwanda – in 1993.

The Hôtel des Mille Collines (French pronunciation: ​[otɛl dɛ mil kɔlin]) is a large hotel in Kigali, Rwanda. It became famous after 1,268 people took refuge inside the building during the Rwandan Genocide of 1994

However, come 1994, 12-year-old Thakkar and his family found themselves among more than 1,200 people sheltering from the genocide in the Hôtel des Mille Collines (the setting of the film, Hotel Rwanda).

The family managed to escape to Kampala, Uganda, but Thakkar’s parents, who had rebuilt their lives between 1972 and 1994, had now lost everything again.

Speaking on Monday at a conference in Cape Town, South Africa, run by the Dell Women’s Entrepreneur Network, Thakkar explained how the challenge of finding the seed money to start a business is even tougher for refugees. As a teenager in Uganda, people avoided his family for fear they would ask for a favour.

So, aged 15, and frustrated by this situation, Thakkar dropped out of school to start in business. “I wanted to help [my family] and I was trying desperately to get a loan and I ended up borrowing $5,000 from three different people.” He spent half of the loan flying to Dubai where he bought computer parts – equipment that was tough to get hold of in Uganda. He then sold the parts back in Uganda, making a small profit. 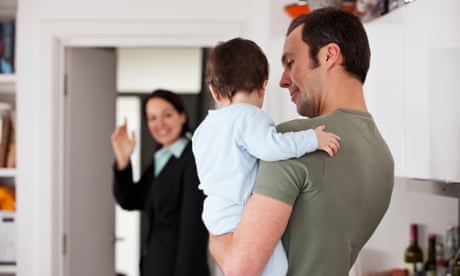 ‘I was taken aback by the attitudes towards working mums’

Thakkar quickly saw there was a more efficient way to run his business: he set up an office in Dubai and sold technology equipment to businesses in Africa. By scaling up this simple method of buying and selling, Thakkar created the Mara Group, which (although it does not publish its figures) is said to be valued at $1bn. Over the past 20 years the group has diversified with investments in sectors including telecoms, banking, property and agriculture. The business now operates in 25 African countries and employs around 11,000 people.

Thakkar emphasises the power of partnerships, particularly where they mix global success with local knowledge. With that in mind he moved into investment in 2013, partnering with Bob Diamond, former UK boss of Barclays. Together they founded Atlas Mara, which invests in African financial services firms. The business, which was listed on the London Stock Exchange, raised $625m from investors.

Thakkar’s business acumen and networking skills are clear, but he says profit is not how he defines success. Instead, he says it is “defined by the number of lives you’re touching and making a difference to”.

Thakkar launched the Mara Foundation, a social enterprise, in 2009. Having experienced the struggle of access to funding when starting a business, he wanted to create an organisation that mentors and supports small business across Africa, with a focus on young and women entrepreneurs.

As part of his work as chairman of the UN Foundation’s Global EntrepreneursCouncil, Thakkar will travel to refugee camps in Jordan in August. He is going to seek examples of entrepreneurialism that he has heard are growing in the camps, such as gown rental businesses, barbers and hairdressers.

“Being a refugee makes you more hungry. And it’s a different type of hunger, it’s not like ‘yeah yeah, I want to be an entrepreneur’. It’s like, ‘I need to make a living. I need to survive’. That puts you in a very different mindset.”

Driving into the future on solar Roadways?

The Secret To UNILEVER ‘s Success

The Evolution of Plant Life from Algae

Steven Rausch
Steven is an Entrepreneur with years of experience. He traveled for years the world to explore innovative projects. He managed to survive alone on islands, mountains and in rain forests where he became the Alpha of Monkey Groups, faced Tigers and the most poisonous snakes on this planet. He fought against Drug Cartels in south America to protect rain forest, worked on permaculture farms and went down one of the source rivers of the Amazonas on a self built house raft.
Recent Posts

This site uses Akismet to reduce spam. Learn how your comment data is processed.

THE BIG CLEANUP   BY

We're not around right now. But you can send us an email and we'll get back to you, asap.

From trash to cash – the entrepreneurs who waste no opportunityEntrepreneurship, Environment, Innovations